On the Amalfi coast, as well as in other places in Italy and Europe, terraced landscapes represent a resource of sustainability and environmental conservation. 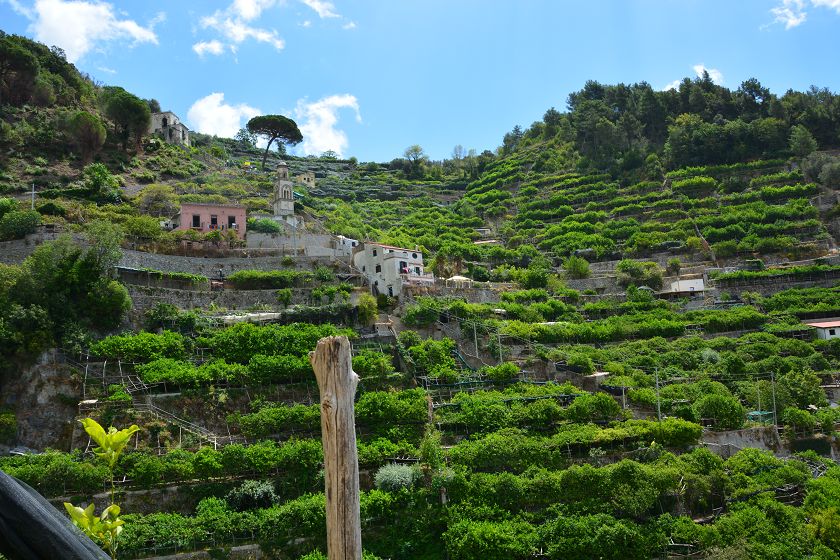 The terraces are ecologically, socially, culturally and economically important. Not only are they highly agriculturally productive, they also have an environmental, historical and eventually an aesthetic-perceptual value, which serves as a tourist attraction. For many hundreds of years, agriculture was the region’s major source of income. Today, agriculture is almost getting neglected next to tourism – although being a tourist attraction itself.

The terraced landscapes are a result of adaptation to difficult topographic conditions as are the Monti Lattari, the mountain chain of the peninsula of Sorrento, on which the Amalfi coast lies. The first reference to a terraced landscape dates back to 1012, when people from Ravello built terraces borne by dry-stone walls, built only from stones and soil. Not only are they permeable to water, also insects and rock plants (such as mosses and lichens) can survive in between them. The agricultural knowledge passed on unchanged during centuries, today’s practices are still the same of those of the XI-XII century. 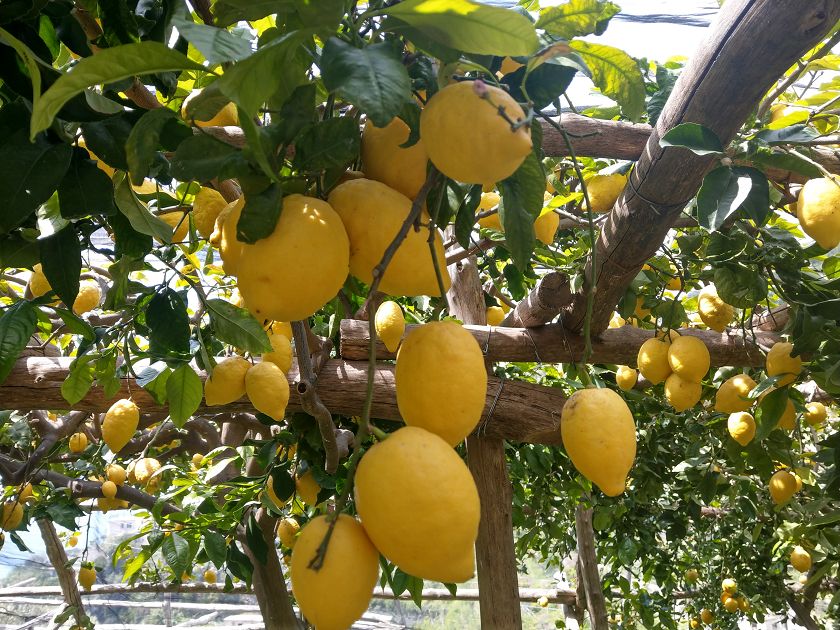 The plants you can find in the terraced gardens are divided in three levels: the citrus, olive, chestnut, almond and walnut trees, the vineyards, and the vegetables which are grown at the foot of the trees or poles. With such diversity, peasant families used to be almost completely self-sufficient. Most, but not all terraces are determined by dry stone walls. These are important elements of the terraces, together with the water ways in forms of channels and wells, that not only lead water downhill but also recapture some of it for agricultural purposes. 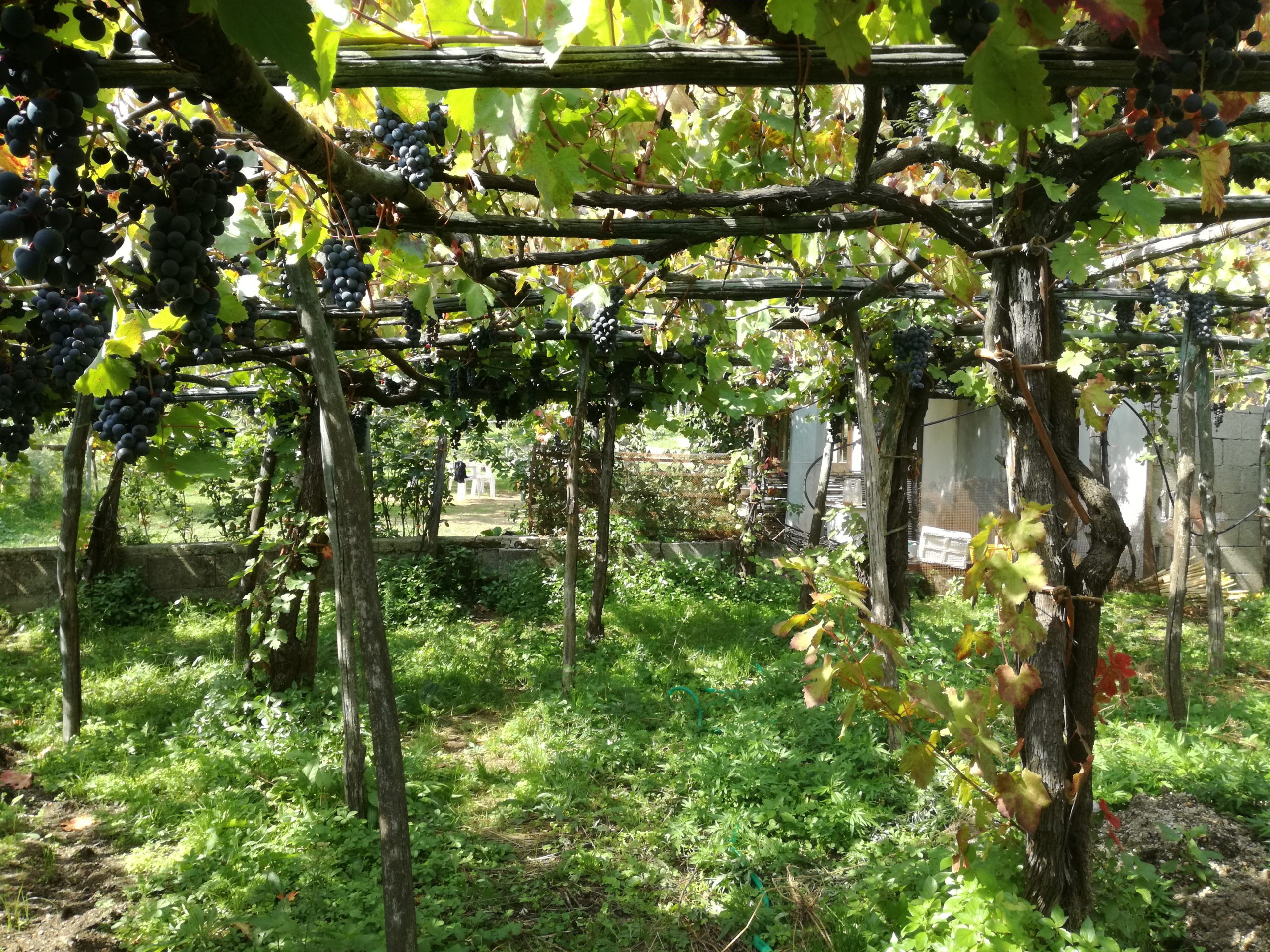 Thus, this kind of agriculture faces a lot of difficulties. The agricultural abandonment as well as urban development lead to a destruction of these landscapes. Younger generations are less interested in agriculture, so they lose the traditional know-how which leads to a neglection of the terraced landscapes. The desire for reduced costs has caused the use of chemical fertilizers and water-impermeable cement to rebuild walls, which eventually destroys not only the terraces, but also the environment. It can lead to inundations and thus represents also a danger for the local communities. Finally, the abandonment of these landscapes also means a decrease in the area’s economy. There are many reasons to get back to that traditional form of agriculture. 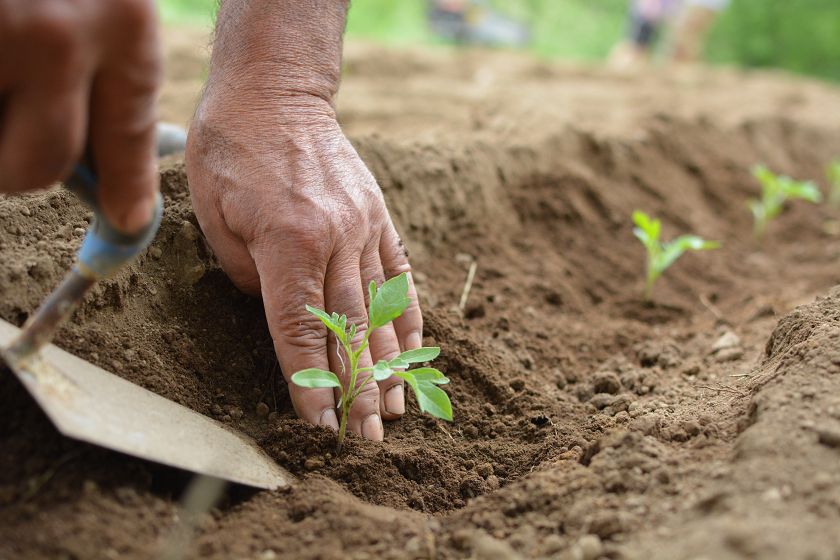 So what is next? There are still some craftspeople and experts practicing and having the know-how about maintaining and reconstructing dry-stone walls. It is thus important to pass that knowledge on to younger generations to retain and maintain correct constructions as well as the water channels which are part of the terraces’ infrastructure, to prevent landslides and flooding. Other forms of support could also include subsidies for agriculture’s recovery as well as initiatives of environmental education, such as training courses for workers to get young people’s interest for the maintenance. A mix of traditional knowledge and new environmental-friendly sources of income can improve the economic wealth of the Amalfi Coast.

Acarbio’s work and initiatives are centered around the protection of this ancient cultural landscape. They include the MAB initiative, the Re Fiascone tomato project, the community terrace mapping project open MAPTER, the Francesca Mansi award for environment, and more. 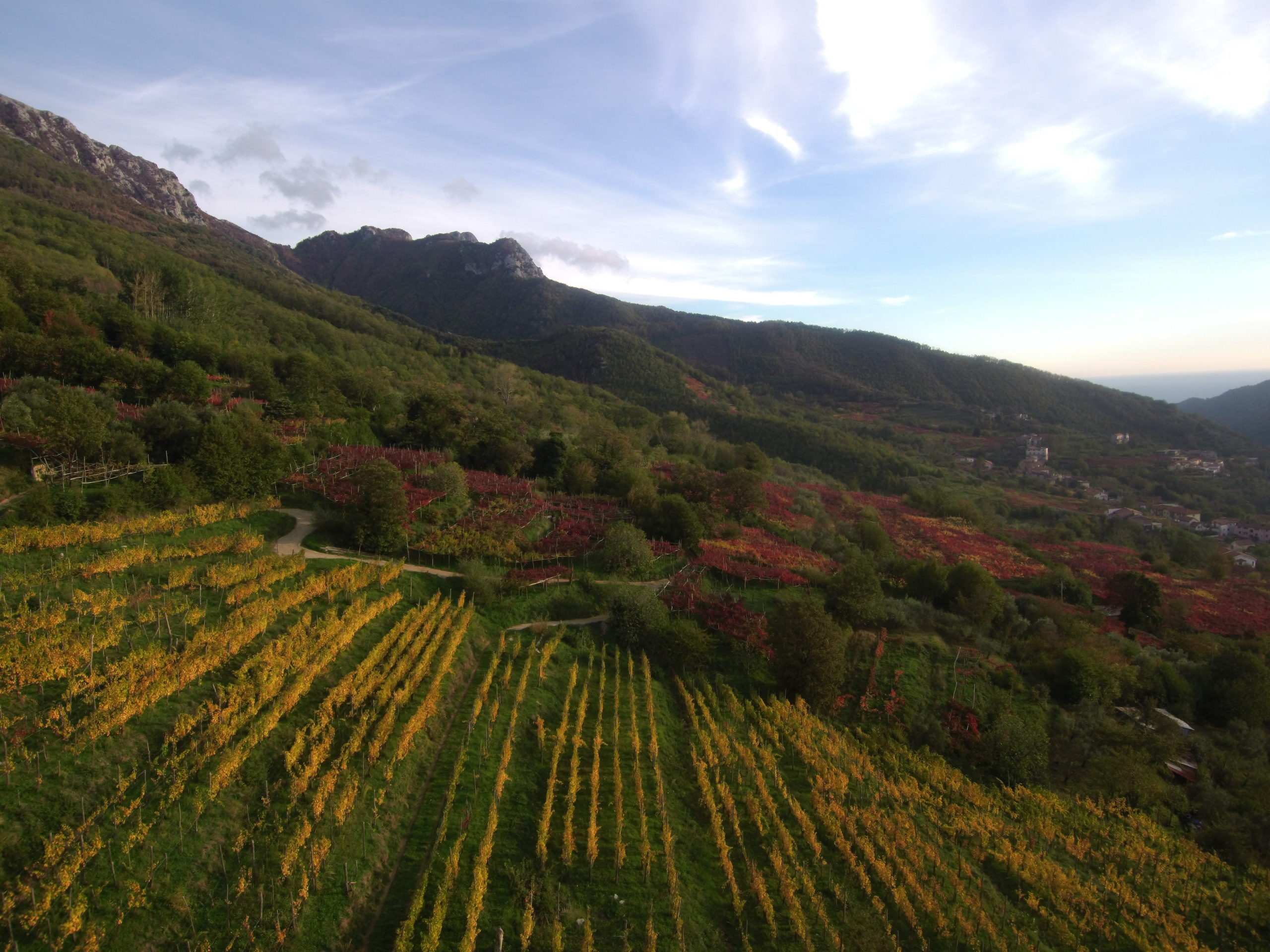